The board of directors of the Victoria International Cross Country Association (VICCA) would like to thank Bob Reid for his contributions to the organization since its inception in 2019. 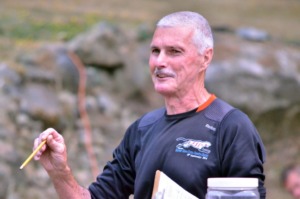 Reid helped create the association. He filed the paperwork necessary to register the unnamed group that went on to bid for and host the 2020 Pan Am XC Cup. Reid wrote the constitution and provided ad-hoc help during meetings and at the race site at Bear Mountain Resort.

“Bob is such a hard-working positive influence in the Victoria running community and has been for over so many decades,” shared VICCA president Ulla Hansen.  “He is the wind at our backs helping to make running events happen.  All of us at VICCA truly appreciates all the effort that he put into the association and the Pan Am XC Cup.”

Reid is the longtime treasurer of the Prairie Inn Harriers Running Club (PIH) and has supported many races on Vancouver Island as creator, manager, elite athlete coordinator, as well as many other roles.

Reid will continue to assist on an as-needed basis around events that VICCA hosts.

Reid has been commended at least 27 times. He was first cited in 1987 by the Prairie Inn Harriers (PIH) Running Club with the annual Alex Marshall Master of the Year Award. This long string of recognition was capped in 2019 by the Governor General’s office in Ottawa with the Sovereign’s Medal for Volunteering.

Reid is an inaugural member of one of the province’s largest running clubs (PIH), which started in 1978. He went onto experience a very competitive masters age (40-plus) racing career including achieving the national half-marathon record at 1:11:47 in 1987.

Reid raced over 400 times since 1976. That same year, he became a race director. Since then, he has managed 12 different races totalling over 200 local, provincial, national, and international events.