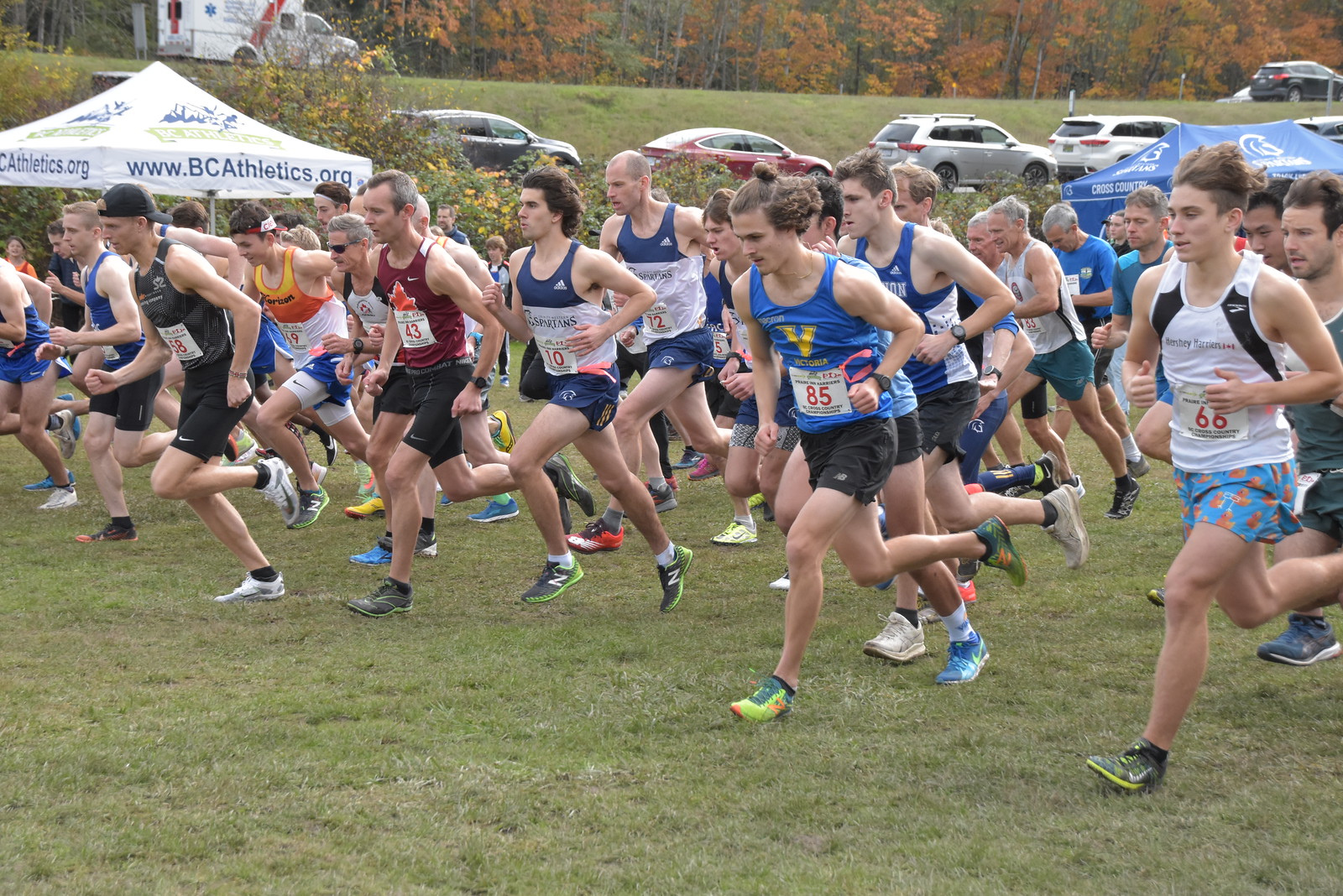 The men’s senior race was won by the newly married UBC Alumni, John Gay, who went to the front early and continued to build on the lead. He opened up a big gap on the field after the second of four laps. The chasers included Thomas Nobbs, Cameron Proceviat, and Tyler Dozzi. Proceviat sat in fourth position most of the race until he passed Dozzi over the final 200m.

Dozzi, however, looked stronger than he had a few weeks earlier at the University of Victoria Vikes invitational, where Nobbs surged ahead early and kept the lead throughout the race.

Gay was representing the Vancouver Thunderbirds Club, while Nobbs and Dozzi are current UBC Thunderbirds teammates. Proceviat is with Simon Fraser University.

I’m really pleased with how today went. Getting back into a race environment, especially cross country after nearly two years away, was a welcome breakup of the training block I’ve been in,” shared Gay. “Coach CJ (Chris Johnson) and I wanted to test the fitness today by making it an honest pace from the gun, which is likely what I’ll face in Ottawa. I’d say mission accomplished and I’m excited to be setting my sights on ACXC in five weeks’ time!” 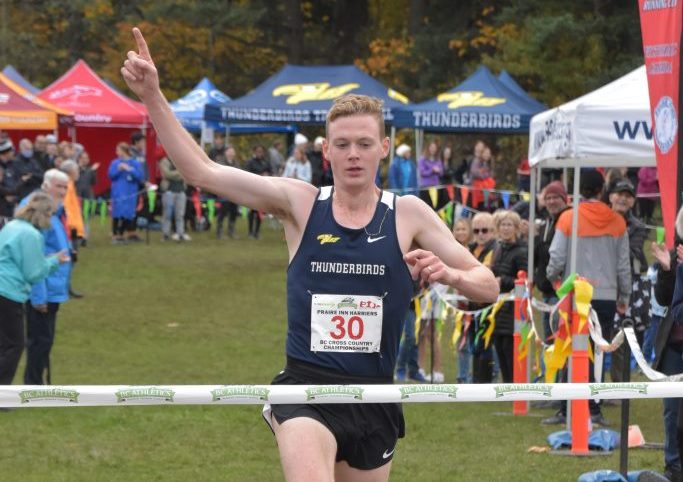 Gay and other top finishers in each age category will represent BC at the national cross country championships taking place in Ottawa on November 27 at Wesley Clover Parks.

Like the men’s race, the women’s race didn’t offer much drama up front, just a commanding display of fitness by the leaders, the excitement was in the chase packs and athletes exchanging leads and jostling for position.

Sarah Inglis was expected to compete for the win with Canadian 3000m steeplechase record holder and two-time Olympian Genevieve Lalonde. Inglis has had a great three weeks of racing while Lalonde has been busy training and won’t be backing off the mileage until the week of the nationals. Lalonde finished second.

Inglis, known for going out hard from the gun, didn’t make a move until at least halfway into the race. She sat in a pack that had a varying parade of leaders for the first two laps. Lisa Brooking had the early lead and looked strong throughout.

“I am really happy with the race,” shared Inglis. “I sat in with girls and then pushed the last lap.” 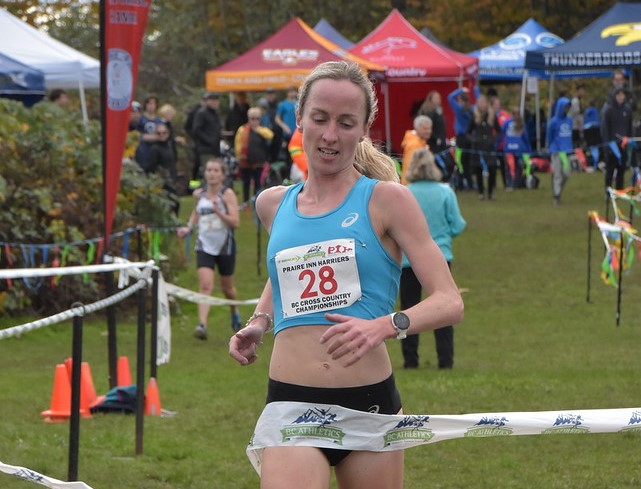 Rebecca Bassett back from three years of injury, niggles and the pandemic is excited to be back racing and she competed well. While Inglis improved her own Royal Victoria 8K course record two weeks prior clocking a 25:35 finish time and then a 31:59 in Toronto the following week in the 10K, won again Saturday.

Bassett finished sixth, within a minute of Inglis. It was another strong comeback performance for the Nanaimo native.

“I am just so grateful to be back to regular running and getting a chance to race again,” said Bassett. “Most of us work full time now, so it is a great distraction to get out and train. So, I am now enjoying running and racing, but not taking it so seriously.”

She is now in the lower mainland training with the Langley Mustangs Endurance Group under coach Mark Bomba and with Inglis and several other competitors who were also in the race.

Inglis is teaching full-time and coaching students. Once her race was over, she was busy managing the team. It’s a hectic life but someone has to live it.

Angelina Shandro won the U20 women’s race. She moved to middle distances after trying her hand at sprinting. It was a surprise win for the University of Toronto student who was formerly and again being coached by Bruce Deacon.

“I really like running longer. I also enjoy cross country and trail running. Building the aerobic base and then using the sprint ability I think helped, as the plan was to sit and kick, which I did.”

In the men’s U20 race, which was mixed with the senior’s race, surprise BC champion Dylan Uhrich with the UBC Thunderbirds was quite pleased with the title. He will also be donning the BC singlet for the team portion of the National Cross Country Championships.

Meanwhile, Ruby Broadbent of the Victoria Speed Project — a training group led by Dacre Bowen — was turning heads. New to distance running the soccer player went straight to the lead kept and built it throughout the race. Jaune Klaus and Christina Peet Williams duked it out for most of the 4K race before a gap emerged during the final 700 metres. Klaus took second in the time of 13:40, while Peet Williams finished four seconds back. Broadbent, looking relaxed clocked a finish time of 13:05.

Broadbent is in new territory and is enjoying the discovery of her natural talent. Meanwhile, Peet Williams like most high school athletes at this level is considering which university to attend.

“We are getting a lot of calls from within Canada and the US, and it is a difficult decision,” shared Peet Williams. She plans to study Environmental Sciences. Lucky for the University of Victoria and the University of British Columbia, Okanagan, they are potential frontrunners.

With Olympians Malindi Elmore in Kelowna and Hilary Stellingwerff in Victoria, she can’t go wrong. 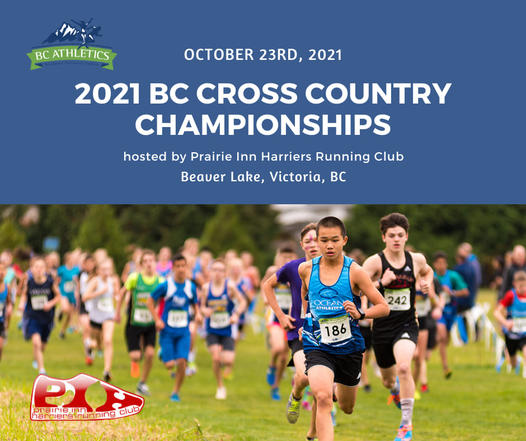 BC Athletics has announced that the 2021 BC Cross Country Championships will be held in person on Saturday, October 23 at Beaver Lake in Victoria.  The event is hosted by the Prairie Inn Harriers and BC Athletics.

* U18 may run up in the U20 event to qualify for the BC Team — must indicate race # when entering.

To register go to: http://www.trackiereg.com/BCXC2021 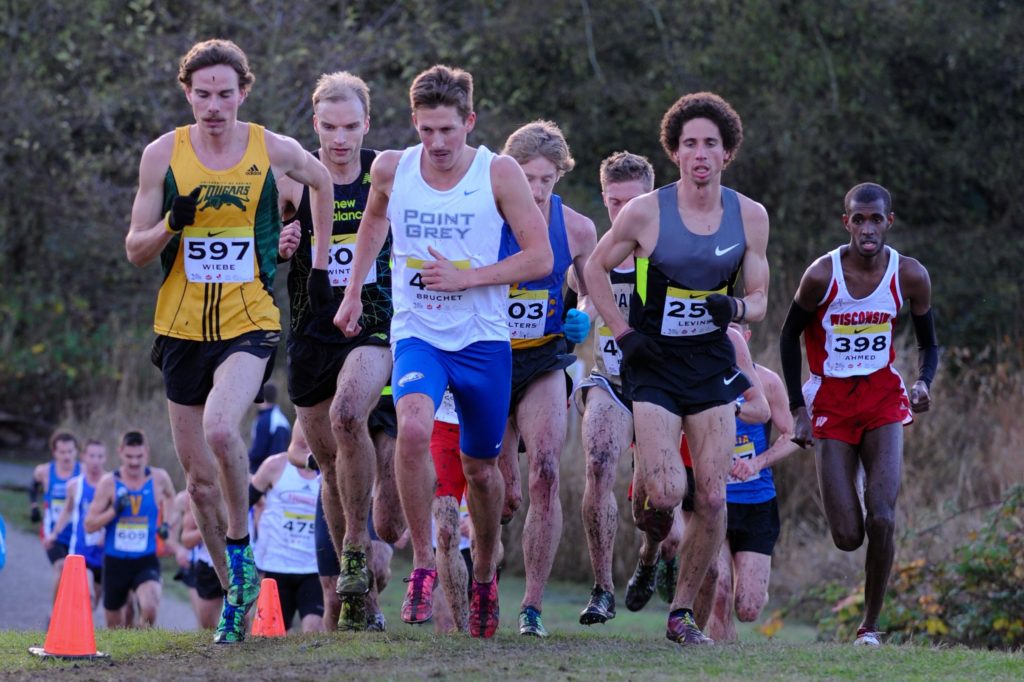 Athletics Canada has announced that Ottawa will host the 2021 Cross Country Championships on Nov. 27, as well as the 2022 event. Abbotsford, B.C., will be the site for the 2023 Championships.

The event was previously scheduled to be held in Abbotsford in 2019 and 2020, before shifting to Ottawa for 2021 and 2022. The 2020 event in Abbotsford was cancelled as a result of the COVID-19 pandemic last August.

Athletics Canada officials engaged in consultation with local organizing committees in both Ottawa and Abbotsford, as well as BC Athletics and Ottawa Tourism, in the process of allocating this important race weekend for the next three years. Upwards of 1,000 competitors descend on the host city every year to compete in the Canadian Cross Country Championships.

More details and registration information will be released shortly via the BC Athletics newsletter, social media, and website.